Mark & Cindy stumbled upon my blog and decided to take a risk with the unknown. I have never met the couple and I was surprised to receive their warm email. They were such amazing clients to design for as they were open to my input and really encouraged me to go with my ideas. From their emails it was evident that they were ecstatic to be engaged to each other as they told me their story.

Mark is a financial analyst while Cindy is a school teacher. They met when Cindy was with some friends at the park. Mark thought she was cute so he bought her a red Gerbera Daisy which also happened to be Cindy's favourite flower. Surprised and intrigued she asked him to join them... The rest is history.

They approached me for a design for their Engagement  Party invitations. I thought it was lovely that they decided to host it at the botanical gardens- it's not where they met, but it is close! They were a fun couple and love the outdoors. They allowed me the freedom to come up with a design and Straight away I thought off summer. Outdoors=Summer (eventhough its the middle of winter now)

For their design I used bright fun colours, gave Cindy a floral dress and Mark a cool crisp Financial Analyst shirt and sweater :D I also had to include the red Gerbera Daisy because that was such an important part of their story. And a balloon for added fun. I used a circle instead of a square design because I wanted to look like a picture plate.

I also designed the invites. They wanted purple and purple it is!! (Pictures Below) 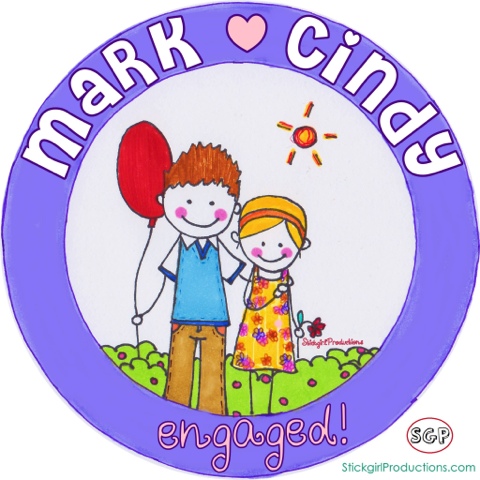 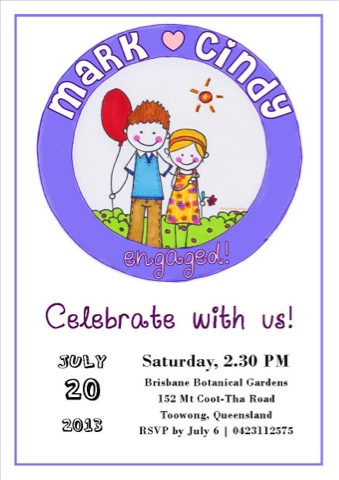 If you are interested in a design like Mark & Cindy, do leave me an email (ally.stickgirlproductions@gmail.com) for a free quote. 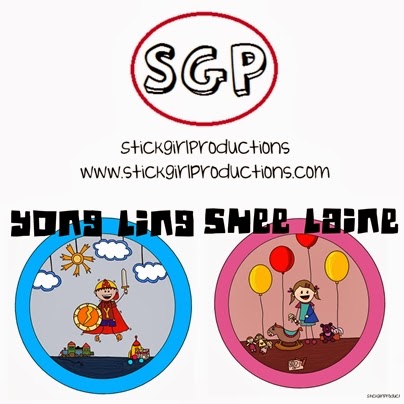 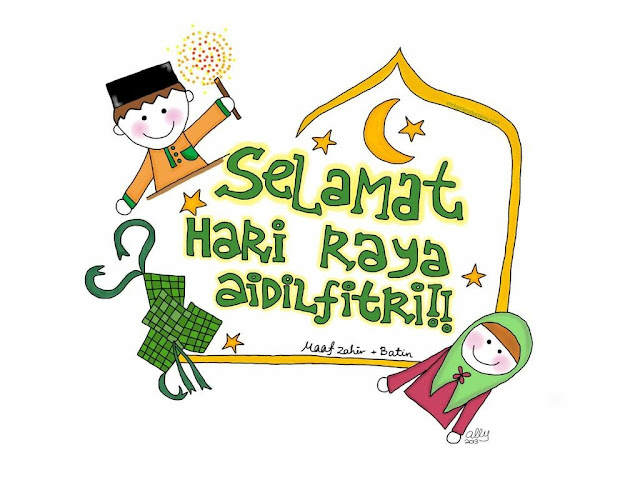 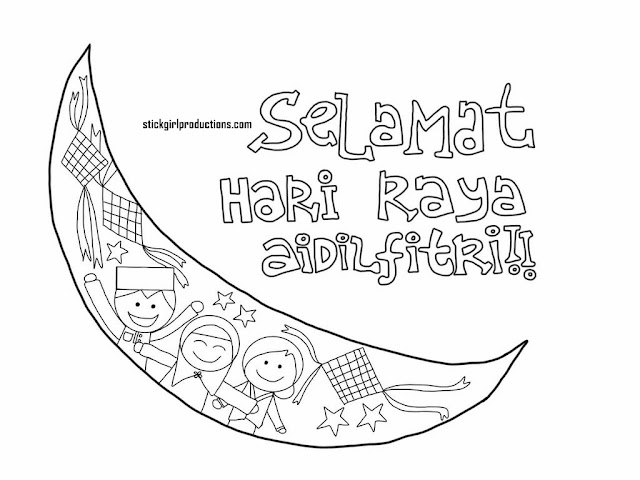